A case similar to that of Mr. Green happened to a 50-year-old American lawyer, Scott Killian, whose life the Apple Watch saved. Although he had had regular medical tests to check his good health and despite exercising regularly, Killan was under great stress from his work. Although he didn’t expect to have a heart attack, he nevertheless took the forward-looking step to monitor his heart rate via the HeartWatch app. One night around 1 am while he was sleeping with the Apple Watch on his wrist, the app woke him with an alarm because his resting heart rate had reached 121 beats per minute (while his resting average was 49 beats per minute. ).

Also, this was the first time his heart rate had reached that peak. So he decided to go to the emergency room promptly as a precaution (instead of thinking he had just had indigestion or other transient condition and staying in bed), even though he felt he was wasting time and money.

The first electrocardiogram confirmed the Apple Watch readings but the results appeared not worrying. However, when further tests were carried out, high amounts of an enzyme were found in the blood indicating an ongoing.

Heart problem and was later found to have four blocked arteries. 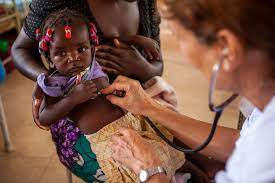 At that point, surely Mr. Killian no longer seemed to have wasted time and money going to the emergency room as a precaution, but rather regretted having spent ten thousand dollars on medical examinations for check-ups which.

However, had not been enough to discover his problem in advance. eHealth to Save Lives: HeartWatch The surgeon who treated Killian’s heart problem with stents also told him that if he stayed in bed sleeping he would probably die in his sleep.

What impressed the provident Killian the most was that he had been helped by a newly introduced technology that cost a few hundred dollars and which he had purchased for uses very different from the medical ones that had later saved his life.

To learn more about the importance of new, rapidly evolving medical technologies, and for a list of references to examples and practical applications in which eHealth is used to save lives, we advise the reader to start from the dedicated page: What is ‘eHealth (Digital Health).