In this article we want to present various examples of people who have found themselves in danger of life and for which technology applied to the medical field (eHealth) has proved to be an essential additional tool for assistance. The article is not intended to be exhaustive but only wants to highlight some categories of important cases of recent news in which the use of eHealth to save lives was fundamental. As already reported in a previous article, Advanced Mobile Location (AML), also called ELS in Android, is a location technology applied to the field of emergencies and represents an extremely valuable assistance tool to save a large number of lives.

When facing an emergency it is not easy to remain lucid, people are in panic or worse in a state of shock. On the EENA (European Emergency Number Association) website there are some cases of people who, thanks to the locator, were saved.

In the US, the Federal Communications Commission (FCC) estimates that an improvement in the accuracy of location information leading to a one-minute reduction in response time could save more than 10,000 lives a year.

In Europe there is a single emergency number, 112, which can be alerted in case of need to call the police, fire brigade, ambulance, etc. In France, on the other hand, there are still various “historical” emergency numbers. 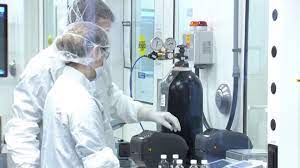 Italy has recently become uniform with Europe, already in some regions, such as Piedmont and Lombardy, all the various emergency numbers have been merged into the single one of 112. In other regions, the passage is being prepared. The aim is to extend it throughout Italy.

Even in Italy, however, not many know that 112 has been adopted throughout Europe and indeed that it goes beyond Europe and is recognized in as many as 80 countries in the world: in addition to the 28 EU states, it is also used in Norway, Iceland, Switzerland, India, various African and Asian countries, and the USA (but only on certain networks).

The use of AML on smartphones is promoted in Europe by the same organization that promotes 112, namely EENA, and represents an important additional pillar for implementing timely and efficient rescue services, as demonstrated by the stories of the numerous lives saved.

Emergency SOS In another recent article, we talked about another important emergency assistance tool: the SOS mechanism implemented on the iPhone and Apple Watch to alert rescuers.